December 4th- 10th 2017 is Computer Science Education Week. In recognition of Grace Murray Hopper’s birthday, a pioneer in computer science and a United States Navy admiral, Computer Science Education Week is a celebration of computer science. With an “Anybody can learn to code” mantra, educators across the globe pledge to host an Hour of Code in which they expose students of all diverse backgrounds to computer science. But this isn’t just a pledge, it’s a movement! There are celebrity endorsements, major corporate supporters and partnerships, and a curriculum that is already written and developed by Code.org. During Hour of Code, student learn to code with courses themed in Minecraft, Star Wars, and Ana and Elsa just to name a few. Nearly 200,000 educators have registered to host Hour of Code in their classroom this year alone and BCJ hosted an Hour of Code in several classrooms this week! MySci, one of our School Partners helped facilitated Hour of Code activities in classrooms as well. Check out some of the photographs taken of students who participated in the #HourofCode movement! 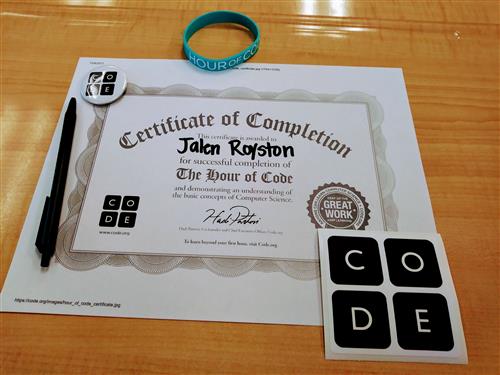