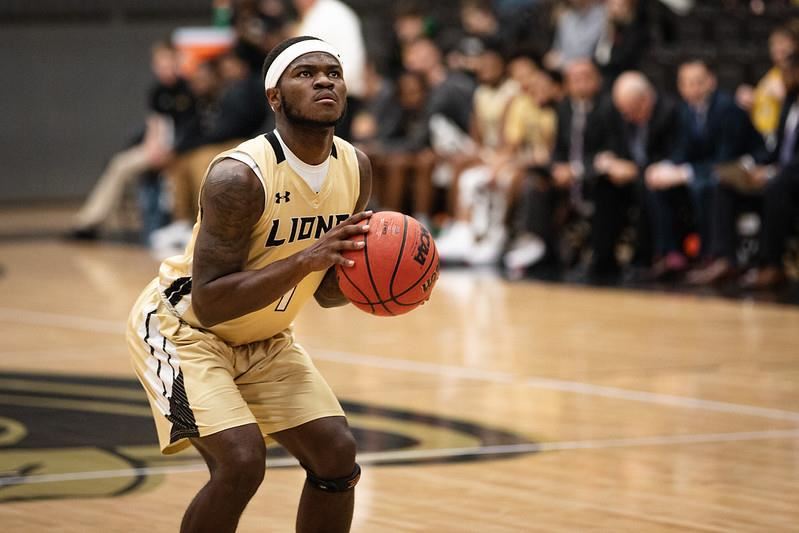 The guard had his breakout year last season, as he started every game that he played and went from scoring 5.6 a game, to a prolific 21.3 while playing a position glorified for its passing. His first two seasons would be played under coach Lance Randall, who would coach four years at Lindenwood, but would ultimately leave after T.J.’s sophomore season.

“Freshman and sophomore year compared to now is a huge difference,” Crockett said. “My first two years, we most definitely had like 100 plays of motion offense.”

Any system that already has assigned plays can be hard to stand out in. With there being so many assignments in one single play alone, there is usually only one or two players designed to score.

When head coach Kyle Gerdeman and his staff arrived to Lindenwood, Crockett expressed how he and his teammates felt more comfortable.

“I’d say last year was my breakout year,” Crockett said. “I finally had the chance to to be me and the coaches believed in me.”

With the new coaching staff came a new play style as well, one that the guard was in favor of.

“Now it’s pick-and-roll mainly and that’s like the best system to run, and to be honest the hardest offense to guard in my eyes,” Crockett said.

A huge part of the pick and roll game is the lob, and T.J. has two new additions to his front court to make his life that much easier in Romelo Burrell and Brandon Suggs. Both are former Division 1 players, Suggs (6-foot-8) transferring from UMKC, and Burrell (6-foot-7)  from Central Michigan.

“Suggs is a huge grab. But to be honest, this whole team is going to be a beast in this offense,” Crockett said. “Too many guys that can come off and make the right plays and the guys setting the picks, such as Melo and Suggs, are way too athletic.”

Originally from a small town in Northeastern Louisiana called Tallulah, T.J. ended up moving away from Louisiana to University City, Missouri just before the start of high school. Originally a football player, Crockett’s high school he would’ve attended was Ouachita Christian School, a school that as of last year had won seven state titles just for football.

“U City is naturally my second home,” Crockett said. “Love everything about that school [University City High] it personally brought out the better in me. Taught me to actually be patient with the decisions I’ve made.”

T.J.’s time in U City made him better appreciate the situation he had come from.

“I’ve already seen everything they do back home in Louisiana with you people [sic] going into the gang life and I could’ve easily went down that same path, but I wanted to be different,” Crockett said. “My father was a great example into going the wrong way and he instilled in me as well to make the right choices not to be like him.

“Seeing my mother work hard and stress over certain things hit me harder. So I decided to defeat the peer pressure every day walking the halls at U City and being around the area. I overcame my obstacles and started getting looked at by schools to play basketball. I ultimately made the decision after my sophomore year to focus on basketball after almost falling into the trap of schools, drugs, and following the wrong crowds.”

The senior is scheduled to graduate this spring with a degree in communications but is hoping to continue playing the game in the future.

Along with putting up numbers on the court, T.J. is also a father of two off the court. His three biggest fans are his four-year-old Jayce, two-year-old Charlee, and his fiancée Jasmine. Both of Crockett’s kids already love basketball, and he says he will always support his children in the future. T.J. & Jasmine may have sparked their children’s interest in basketball by getting them interested in Air Jordan’s.

“I’d like to say that me and my fiancée make sure we all get the newest pair of Jordan’s. But we’ve got a little family of sneakerheads, and the kids are always fresh. It’s only right.” Crockett said.

The Crockett family has their calendar circled for Black Friday, as it will be the first time they will get to watch their father play in his senior campaign.