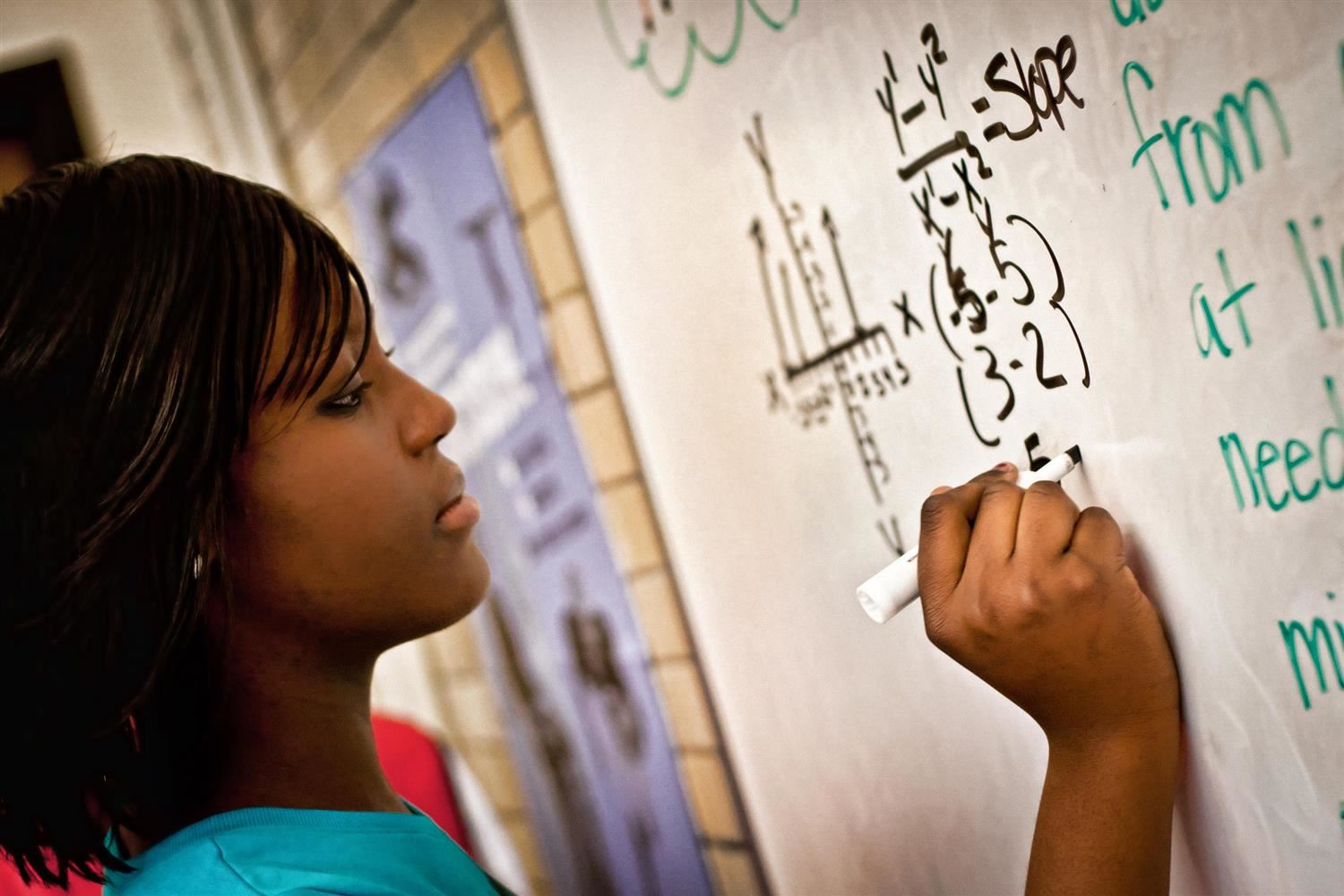 That may be how a teacher has a “math conversation” with young students under a new approach to math education piloted by Washington University’s Institute for School Partnership called Math314.

“We want math class to not be about sets of procedures to learn, but it's really about how you're thinking and solving problems,” said Jeff Kennedy, a math instructional specialist at the institute.

Wash U’s school partnership center has long supported science and engineering curricula and teacher training, but it moved into the math field with Math314 two years ago. The partnership has been testing the program in the University City and Hazelwood school districts. It's now available to school districts throughout the region.

Math314 is not a curriculum or set of learning standards but an attempt to adjust how both educators and students approach mathematics.

The reframing of math learning away from simply memorizing the steps to completing an equation comes as math skills have stagnated nationwide.

“If the teachers are telling students how to solve a problem, and then that problem isn't exactly what's on the test, it creates this disequilibrium for a student,” said Beverly Velloff, the math and science curriculum coordinator for the University City School District.

Fewer than half of kids in Missouri and the U.S. are considered proficient in mathematics. Just 42% of Missouri students passed state math assessments in 2018 and 2019. Nationally, just 41% of fourth-graders tested proficient on the National Assessment of Educational Progress; only a quarter of high school seniors passed their test.

Tracking test score improvements will be one measure for the program, designers said, but also gauging how excited students are about math instruction.

“We’ll always be measured by state assessments,” Velloff said, but “the biggest takeaway is when you can feel that increase and there’s this empowerment of thinking happening within our buildings.”

Send questions and comments about this story to feedback@stlpublicradio.org