St. Louis Public Radio: 'A Black Dot In A Sea Of White': Recalling The Integration Of U. City High

Listen to the Interview: https://news.stlpublicradio.org/post/how-one-family-helped-integrate-university-city-high-school 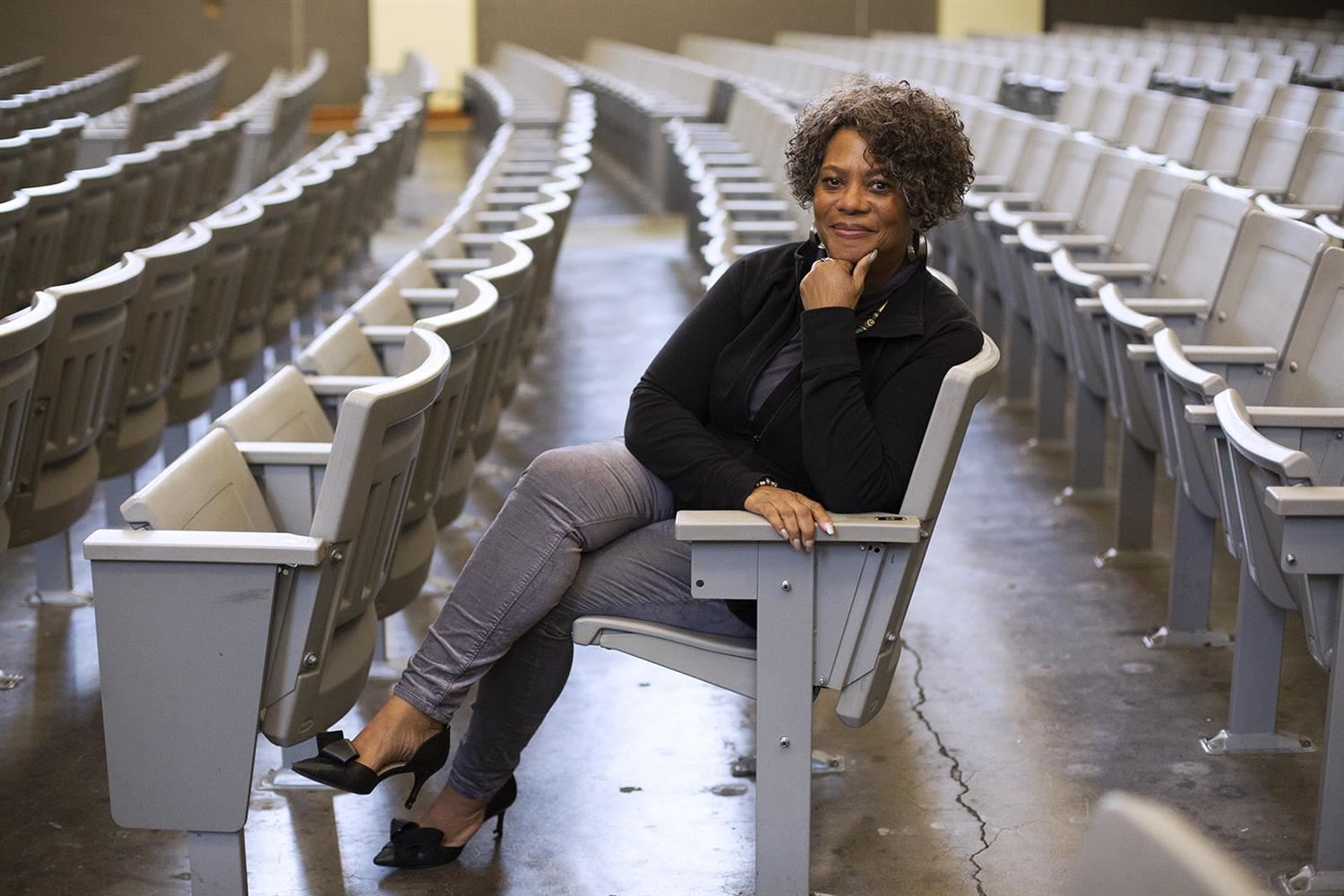 Judy Gladney sits the University City High School auditorium just days before her 50th class reunion. She was among the first students to integrate the school in the 1960s. CAROLINA HIDALGO | ST. LOUIS PUBLIC RADIO

For Gladney, 67, being among the first was almost a family tradition.

“We were a family of firsts," Gladney said. “My father was a physician. He broke down many barriers. He was the first (black) head of a department of medicine at St. Louis U. We were one of the first black families at Pilgrim Congregational Church. So it was a lifestyle for us to constantly be in diverse environments.”

Moving to University City meant leaving behind her friends in north St. Louis, Gladney said. She was “pretty devastated” to miss out on going to Beaumont High, where her brother and sister had excelled.

And while she had been around people of different backgrounds all her life, being one of a few dozen black students at the predominantly Jewish, predominantly white, University City High School was an awakening.

“I just knew that I was a black dot in a sea of white. That was obvious,” she said. “And I had never been exposed to the Jewish community.”

She spoke with St. Louis Public Radio’s Holly Edgell about her recollections.

This interview was edited and condensed for clarity.

Holly Edgell: Can you tell me about the experience of your family moving to University City and the Hills?

When she was 13 years old, Judy Gladney moved with her family to University City Hills, becoming the first black family to live in the gated community.
CREDIT JUDY GLADNEY

Judy Gladney: Even though my father was a physician and had accomplished a lot, the neighbors were like, ‘This is an uppity Negro. Why is he wanting to move into the Hills?’ No blacks had ever lived there, and apparently there was a restrictive covenant.

The only way we got the house was a physician told my dad the house was for sale. My father on his own went and knocked on the door and spoke to the owner. The owner liked my dad and told her realtor that she wanted to sell to my family. The realtor absolutely refused because there was redlining happening at that time. But the owner wasn’t going to let anyone tell her who she could and couldn’t sell her house to.

Edgell: Did you understand the significance of what your family did by moving to the Hills?

Gladney: As a 13-year-old, I heard the story, but I really didn’t get the significance of how monumental that was.

Edgell: Can you remember your first week at University City High School? What that was like and what kinds of things you encountered?

Gladney: I think in the first week my math teacher called me up to his desk and said, "Why are you in this class?" And I said, "This class is on my schedule." And he said, "Well, you don’t belong here." And he changed my schedule so I was in a more accelerated class. I didn’t realize it at the time, but tracking had been done. They assumed because I was a black student from north St. Louis that I belonged in a remedial or lower-level math class.

Gladney: You know, we co-existed. I was a member of the tennis team. I was elected to student council. I was active. But I went my way after school. And the white kids or Jewish kids went their way.

Edgell: This year is your 50th high school reunion. I understand that you were somewhat reluctant to go.

Gladney: I had told myself I wasn’t going to go to another one.

Gladney: Because it wasn’t much fun. I didn’t really interact with folks. I can make a conversation with pretty much anybody. But it was stilted. So I didn’t want to subject myself to that again.

Edgell: How much of that stems back from the fact that you didn’t interact much with a lot of students in your school back in the day?

Edgell: What changed your mind?

Gladney: A mutual friend, who has a way of changing your mind. He said, "Judy, this is something you need to do. You really need to do this. The only way we’re going to change what’s happening in the country is if we expose various cultures to each other, interact more with one another."

Edgell: You made a decision to also do something kind of different around the time of this 50th reunion, which is to give a talk at the U City Library. How did that come about?

Gladney: The same gentleman who sort of a — well, he didn’t twist my arm — but he emotionally helped me have a paradigm shift. That I have a voice. I have a story to tell. And that it’s meaningful in this time where the country is so racially divided.

The series is produced in partnership with the Pulitzer Center as part of the Before Ferguson, Beyond Ferguson project. The Before Ferguson, Beyond Ferguson team is working on a comprehensive story about Judy Gladney that will be published in booklet form and available for free to educators, faith leaders and book clubs. Those interested can go tobeforefergusonbeyondferguson.com to get on the email list for the project.