Who Wants to Be a Mathematician 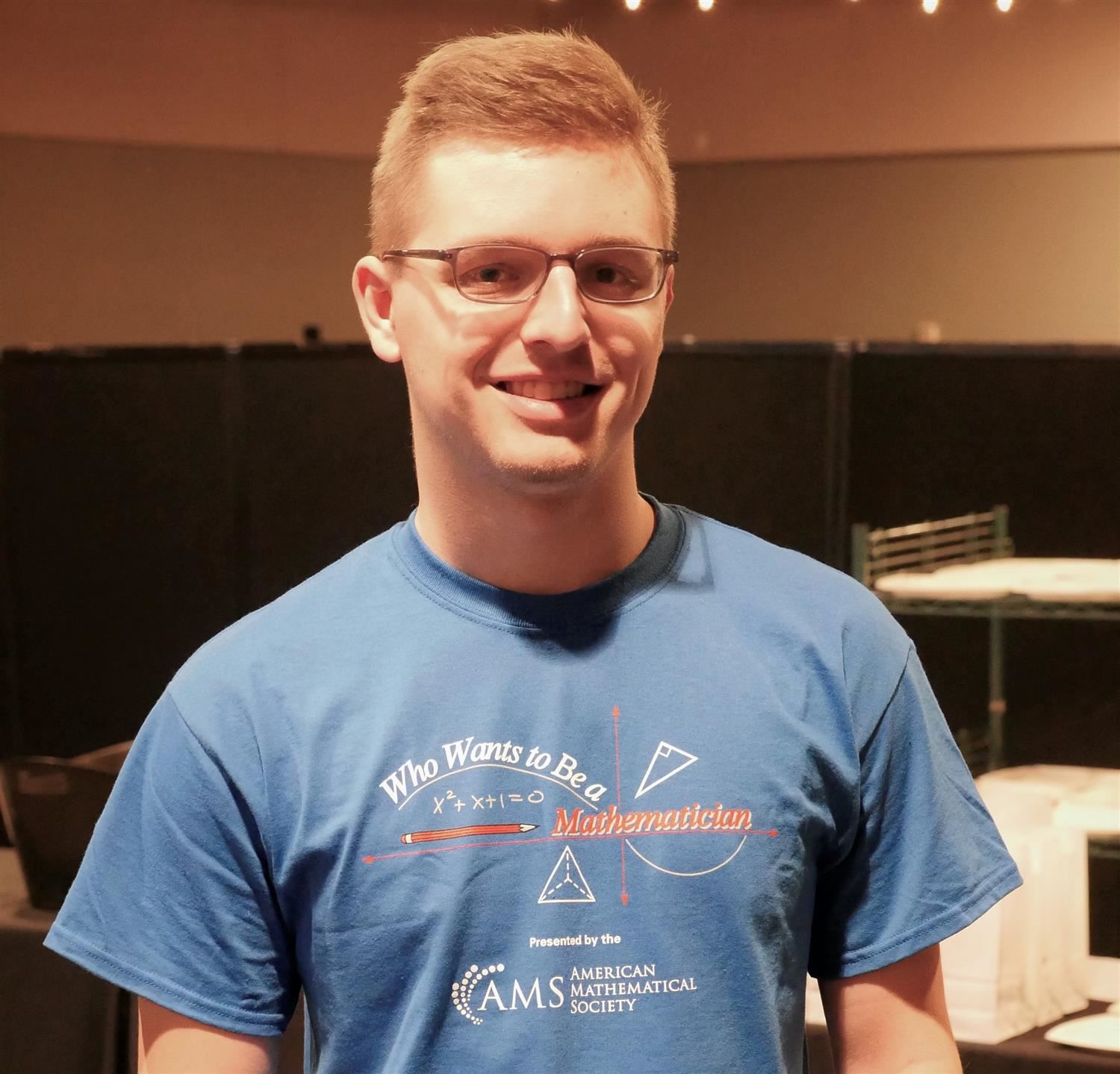 University City High School senior Dominic Torno took second-place in a special math competition at the Saint Louis Science Center Oct. 24, 2018. Dominic was selected as one of only six contestants from area schools for the American Mathematical Society’s game show-style “Who Wants to Be a Mathematician” competition. The competition took place following the annual Arnold Ross Lecture, which was held at the Saint Louis Science Center this year.

Dominic and the other students competed for cash and prizes by answering multiple choice questions from pre-calculus mathematics, including algebra, trigonometry, geometry, combinatorics, and probability. The lecture and competition are for talented mathematics students in the 11th and 12th grades. University City High School was one of only seven area schools represented at the 2018 lecture. Dominic came away with a STEM software program for his second-place finish. A video of the competition can be viewed on The School District of University City's Facebook page.

The annual Arnold Ross Lecture is intended to stimulate interest in mathematics beyond the traditional classroom and to demonstrate the tremendous opportunities for careers in mathematics as teachers and as researchers in government, industry, and university programs. The location of the lecture rotates every year so that talented high school math students around the country can learn from a world-class mathematician. In 1993, the series was dedicated to Professor Arnold E. Ross of Ohio State University for his many contributions to the development of mathematical and scientific talent.

The 2018 guest lecturer, Tadashi Tokieda of Stanford University, presented on the topic: “A World from a Sheet of Paper.” Professor Tokieda discussed a diversity of phenomenon, from magic tricks to geometry and elasticity, and the traditional Japanese art of origami.

More information about the American Mathematical Society, the Arnold Ross Lecture, and “Who Wants to Be a Mathematician” can be found at ams.org. 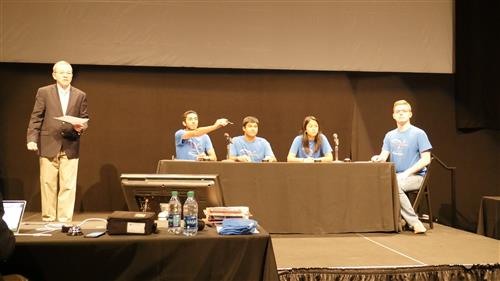 Additional photos are available at http://www.ams.org/programs/students/wwtbam/arl2018.