University City High School has a growing and highly motivated robotics team affectionately called the "Robolions." This past year the team not only grew in number but in stature as they participated in competitions around the state - competitions often dubbed "the ultimate sport for the mind" and "the hardest fun you'll ever have."

It started early last fall. On September 29, 2018, the team competed at the Gateway Robotics Challenge (GRC) on the campus of Lindenwood University. The GRC is considered an "off-season" event that exposes new team members to the challenges of a FIRST Robotics Competition and gives returning team members an opportunity to serve in a different role than in the previous year.

The team went on to compete at the St. Louis Regionals, March 13-16, at Chaifetz Arena. For their final competition, April 4-7, they hit the road and traveled to Smith-Cotton High School in Sedalia, Missouri where they reached the quarterfinals. Along the way, they found inspiration at the University of Missouri – while touring the College of Engineering.

Altogether there were more than 20 students on this year’s UCHS Robotics team from grades 9-12.

Coach Michael Dorsey, a mathematics teacher at the high school, said the Robolions had a good year, "learning the different aspects of designing, prototyping, and building a robot from scratch in six weeks."

“We were excited to have several new members join the team this year, headed by our new team programmer and MVP, Junxian Zhang," Dorsey said. “We have some big ideas for team development that we’re looking forward to next year and beyond in the areas of fundraising, outreach and the development of a swerve drive for future robots.”

Three members of the robotics team graduated this past May: Captains Gage McGinnis and Cooper Deitzler and William Crow. Their presence on the team and their skillset will be greatly missed, Dorsey said. 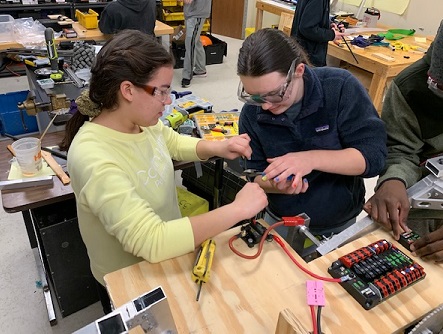 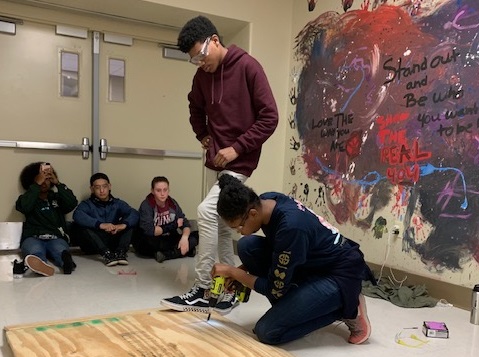